Some of our children have been lucky enough to take part in different Soccer Schools over the Easter Holiday.

Sienna in Year 2, plays for Wyrley Juniors Under 8’s Panthers.  During the holiday she was lucky enough to watch an England Lionesses training session at St George’s Park conducted by new Lionesses manager Phil Neville. Later on in the week, along with the rest of her team, she attended the draw ceremony of the Under 17’s Euros at St George’s Park, attended by Gareth Southgate, Wayne Rooney and Alex Scott and they then took part in a mini tournament afterwards.

On Saturday 7th April some of our Rushall footballers were invited to attend a soccer school session at Walsall Football Club which was courtesy of WHG. 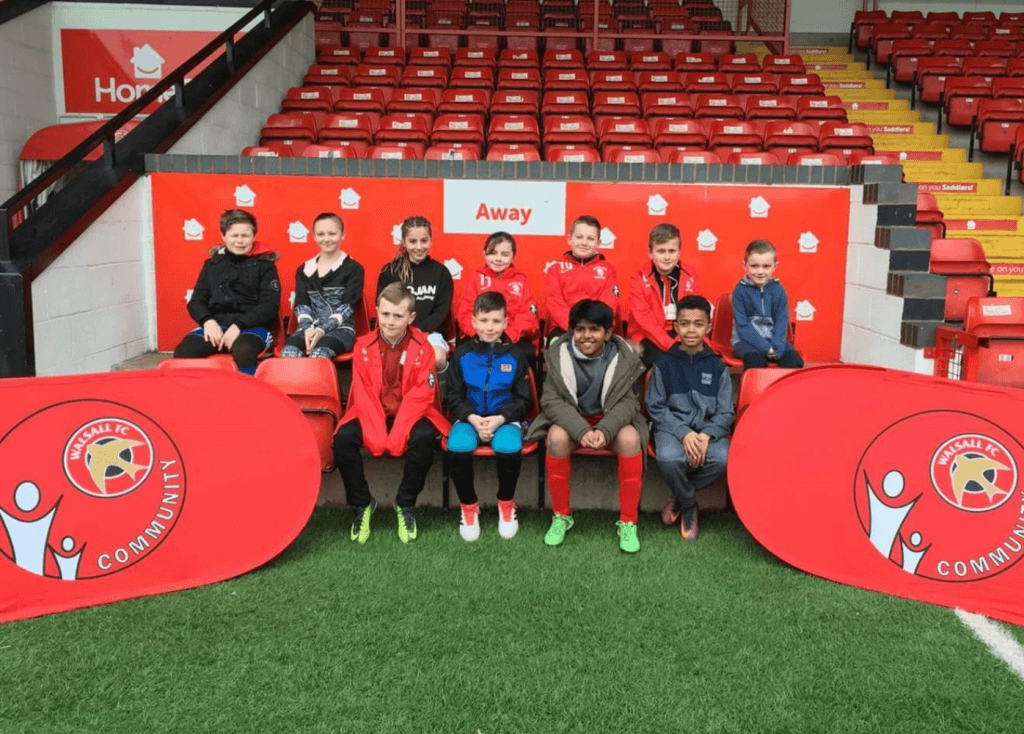 The children enjoyed playing fun football games organised by Walsall FC Community coaches on the 3G pitch before having lunch in the community room.  After lunch, they settled down in the stands watch Walsall V Bury, with Walsall taking away a victory after an own goal from Bury’s Adam Thompson in the 89th minute! Nail biting stuff!

Some of the children attended the extended soccer school that WHG offered at Walsall FC.  They were lucky enough to meet the first team during one of their training sessions too!

Thank you to WHG and Walsall FC from all of the footballers at Rushall.  What a fantastic time we all had!

This website uses cookies to improve your experience while you navigate through the website. Out of these, the cookies that are categorized as necessary are stored on your browser as they are essential for the working of basic functionalities of the website. We also use third-party cookies that help us analyze and understand how you use this website. These cookies will be stored in your browser only with your consent. You also have the option to opt-out of these cookies. But opting out of some of these cookies may affect your browsing experience.
Necessary Always Enabled
Necessary cookies are absolutely essential for the website to function properly. This category only includes cookies that ensures basic functionalities and security features of the website. These cookies do not store any personal information.
Non-necessary
Any cookies that may not be particularly necessary for the website to function and is used specifically to collect user personal data via analytics, ads, other embedded contents are termed as non-necessary cookies. It is mandatory to procure user consent prior to running these cookies on your website.
SAVE & ACCEPT